What's up everyone. We are doing a contest with T.I. and we are giving away $1200 a day for the next 10 days. Just wanted to give you all a heads up.
https://www.allhiphop.com/ti

Critics everywhere are praising Em’s latest music video for her single, “Hear Your Love” and they are even comparing it to Lana Del Rey! We see why the two can be seen as similar; they are both talented writers and songstresses who illustrate beautiful narratives through their music videos. The video is available to watch on YouTube and trust us when we say it does not disappoint! Take a look. 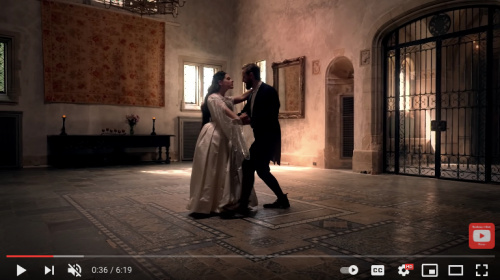 Breaking through the music industry’s glass ceiling, Indie Pop artist Em gives fans and critics a beautifully woven together narrative with romanticism to the music video for her latest release, “Hear Your Love”. The video is set in the 19th century, and Em appears in a majestic castle writing a letter to her lover, Giuseppe. (Fun fact: her love interest in the video is her real boyfriend!) Em’s video is a sentimental homage to her family’s Russian background.

“‘Hear Your Love’ is about the unity two lovers have inside the music,” Em says. “No matter how far apart…even different lifetimes...the music sparks and reignites the fire and passion between them when they were madly in love.”

Em is no amateur to the music scene. She has been a recording and performing artist since the age of 12. Now in her `20s following stepping stone periods with several high-profile producers and engineers, New Jersey-born Em is making a name for herself through musical and visual performance art that speaks one hundred percent from her heart and spirit.

Not only has Em released a single, but she has also released her otherworldly 7-song project EM. On this project, the talented songstress finds herself collaborating with producer Chris Young on a musical direction that is lyrically rich in self-empowerment missives (particularly for women) and musically moves in a soulful pop direction, shades of goth ascending.